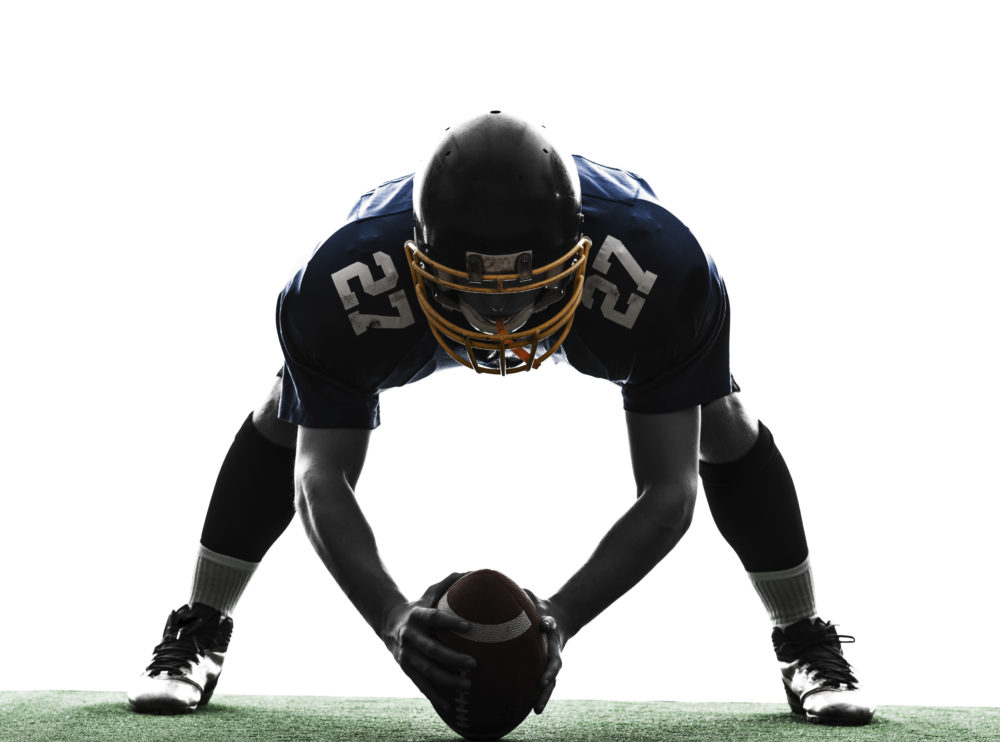 Marcus, the 17-year old senior MVP of his high school football team swears by the FITPosture athletic postural correction program. Marcus had suffered a serious injury the year before causing him to miss the championship game at the state tournament of his junior year. Marcus was devastated; he had worked so hard and yet finished the season on the sideline.

After his injury Marcus sought postural correction care for the correction of his acute neck pain. Marcus, like many other football players suffered a cervical spine and head trauma due to a “head-down” tackle while running a punt return. Marcus suffered from a mild concussion and neck pain with associated muscle guarding and postural distortion patterns. After his concussion Marcus was not cleared to play in the championship game. The devastation of not being able to play in the big game gave him the motivation to heal his injury and do everything possible to prevent another injury the following year.

10-15% of competitive football players suffer axial load injuries to the cervical spine just like Marcus (Thomas, McCullen, & Yuan, 1999). Players are instructed to perform tackles with the head up, leading with the shoulder. When the head is down in forward head posture and the player gets hit, the load can damage important tissue of the cervical spine. Cervical spine injuries range in severity for football players, from minor acute muscular pain to permanent disability.

“Sports-related injuries of the head and neck receive substantial public attention and are responsible for some of the most catastrophic athletic injuries seen, causing 70% of traumatic deaths and 20% of permanent disability, related to sports. 10% of all pediatric head injuries are estimated to be related to sports.” (Proctor & Cantu, 2000).

In the event that a concussion occurs with injury or the player demonstrates signs of a cervical fracture after being hit, medical attention is immediately recommended. For minor injuries of the cervical spine including postural distortion patterns, muscle tightness, and a “stiff neck” postural correction care is considered effective.

After Marcus’s injury he sought care for cervical spine and head posture restoration. The emphasis of the postural correction treatment protocol was to correct forward head posture and associated muscle tightness.

Forward head posture is related to decreased balance-ability among athletes. With postural instability and an inability to balance the body upright against gravity without sway, the likeliness of experiencing a fall is heightened.

As the trunk flexes forward and the head juts anteriorly, postural imbalance and impaired ability to regulate movement in the forward and backward direction are demonstrated (Jung-Ho Kang et al., 2012).

Athletes who do not have correct posture may also experience functional health consequences in the future. According to McNeal (1992) “Changes in posture with age are of concern because of their association with impaired mobility and the possibility of falls.” Correct posture is as important for the championship game as it is for the future health presentation of young athletes.

After Marcus experienced positive benefits with cervical spine and head posture restoration he understood the importance of preventing injury. He was worried that after the concussion he would suffer from balance inefficiencies. This prompted Marcus to participate in the FITPosture pre-season athletic postural correction program. In addition to focusing on proper structural alignment Marcus focused on core stability and balance training.

As Marcus says, “I was crushed missing the game my junior year, but this fueled a fire within me to train not just harder, but smarter for my senior year!”

Woodhull-McNeal (1992) Changes in Posture and Balance with Age. Aging Clinical and Experimental Research 4(3).