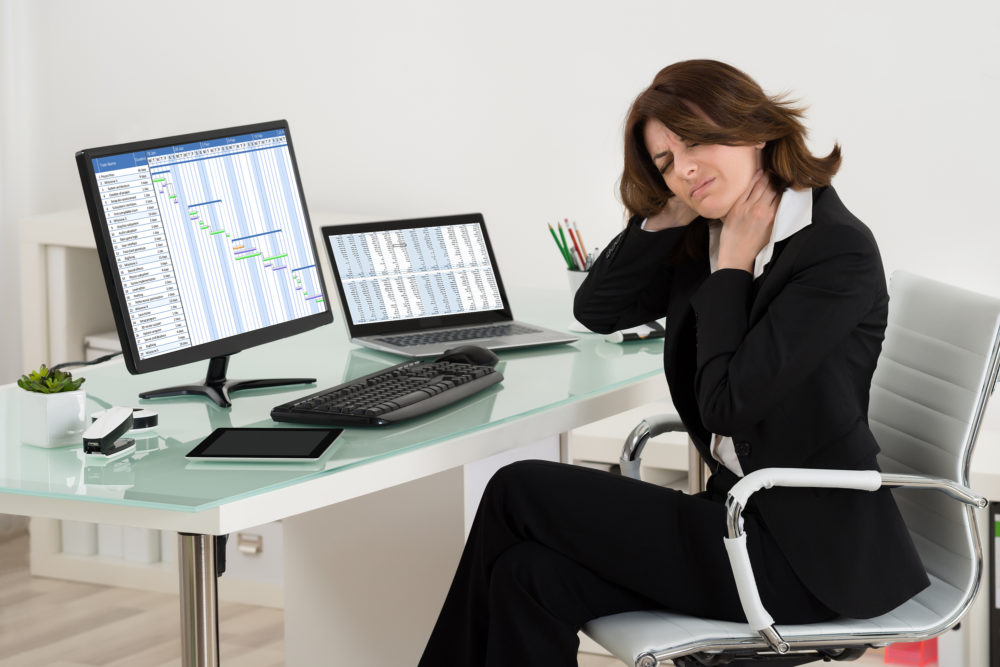 As observed through multiple studies, posture can have an overwhelming effect on our energy levels, hormone release, and overall productivity. Having the wrong posture while at work and habitually enforcing that posture overtime can and will lead to many negative and harmful effects to one’s health.

This is especially true of those that do computer terminal work. Posture has a great and direct effect on productivity levels in individuals in the same line of work. It has been shown time and again through the studies provided below that proper posture can improve productivity leading, ultimately, to an impact on society as a whole.

Below, we’ll examine just a few of the studies that showcase the effects of posture in relation to productivity. Discover the repercussions of postural collapse and the advantages that proper postural design of the body can have on our performance and productivity.

Sweene, Van Den Heuvel, and Stefan IJmker (2007) conducted a research study demonstrating the importance of proper posture for computer workers. They proposed that computer workers who present with neck and shoulder symptoms or hand and arm symptoms, derived from postural decline, present with a loss of productivity.

An important finding of the study suggests that productivity loss in these individuals occurs primarily, not because of sickness absences, but because of a decreased performance while at work. In concluding, the researchers suggested that a psychosocial work environment with more favorable characteristics may prevent this productivity loss.

Bostrom et al. (2008) produced another study on individuals with neck or upper extremity musculoskeletal symptoms. This study focused on young adults and took into account the rapidly growing use of and time spent on personal computers for work, school, and recreation usage.

2,914 young adults responded to an questionnaire surveying risk factors and musculoskeletal symptoms in the neck and upper extremities. The study concluded that the biggest risk factor for reduced productivity was improper posturing during computer use in young people. Report of chronic symptoms showed complaints of upper extremity pain and neck pain.

In a final study by McLean and Tingley (2001), the researchers demonstrated the importance of taking posture breaks ever 20 minutes. The researchers found that short breaks in labor lasting twenty minutes or so helped to prevent cumulative trauma disorders in computer terminal workers.

These research studies among others demonstrate the impact of how posture can affect our performance and productivity at work. Proper posture promotes pain free productivity whereas weak posture is associated with decreased productivity due to pain and discomfort.

Postural correction is recommended and is needed to reinforce proper posture in the workplace. Posture is a Win-Win! When patients feel better they are able to work more efficiently. Productive work benefits the employee, the employer, and the customer.