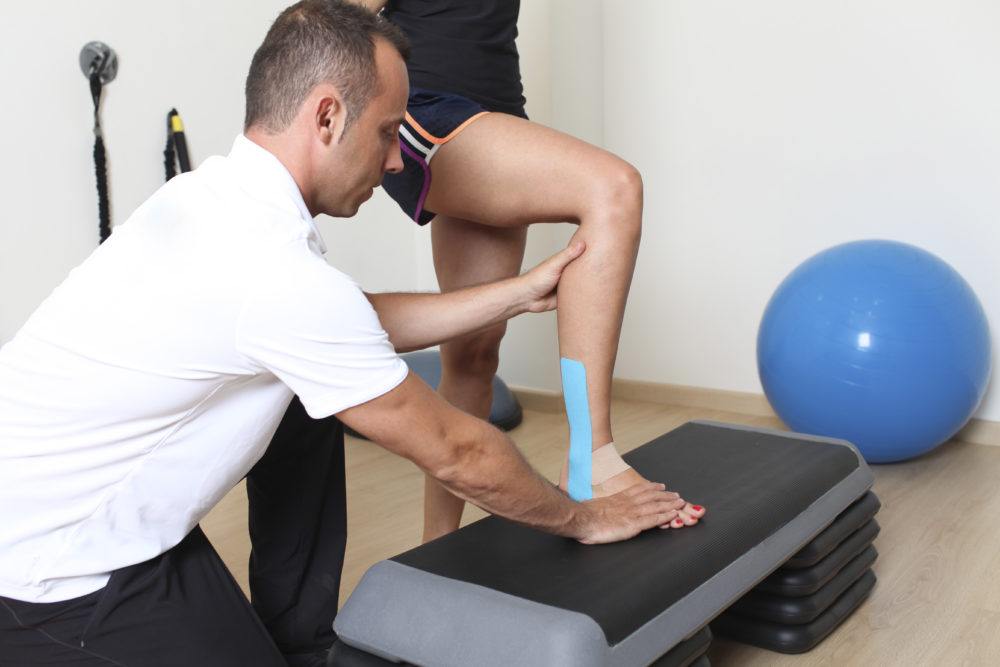 The Body’s Ability To Move

Proprioception is a sensation perceived by the sensory cortex of where your body is in space. Proprioception refers to the body’s ability to sense movement within joints and joint position. This ability enables us to know where our limbs are in space without having to look at them; it is inherent position sensation.

Proprioceptors are sensors that provide information about joint angle, muscle length and muscle tension, which gives the contralateral somatosensory cortex information about the position of the limb in space at any given time.

Specialized nerve endings originate in our 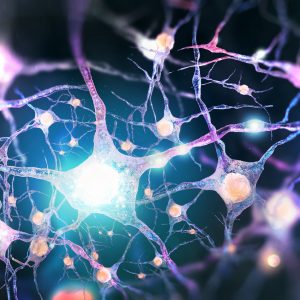 These sensory receptors perceive the amount of pressure and speed at which a movement is occurring and the rate at which the speed is changing, the direction of the movement, as well as any pain associated with the movement.

There are multiple different types of proprioceptors, including the Golgi Tendon Organ (GTO), which provides information about changes in muscles tension. When the muscle contracts, the collagen fibrils are pulled tight, which activates the GTO. Because changes in muscle tension will provide different degrees of pull on the tendon, the GTO provides information about muscle tension to better assist the muscle in performing an action.

The loss of proprioceptive awareness may affect the control of muscle tone, disrupt reflexes, and severely impair voluntary movement.

Because proprioceptive signals from the joints, muscles, tendons and skin are essential for movement, the loss of proprioceptive awareness may affect the control of muscle tone, disrupt reflexes, and severely impair voluntary movement. Numerous neurological and orthopedic conditions are associated with proprioceptive and kinesthetic impairment, as seen in patients with pathologic gait patterns such as cerebellar disease, or post-stroke patients with flexor posturing.

Proprioception is processed in the sensory homunculus, the cortical map in the parietal lobe. Communication about joint position and precision of movement occurs between the sensory and motor cortical maps.

Within the cortical maps, the body maps are organized as representation of the different body parts. Each part of the body has a separate area of the brain dedicated to moving and sensing that body part. The areas with the highest amount of innervation have the largest cortical representation within the maps, such as the hands, face, and lips. 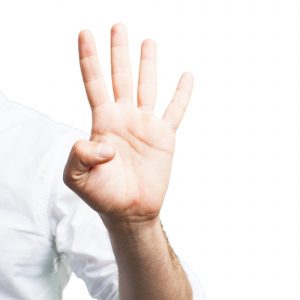 The hands have a particularly large cortical representation because the hands are capable of extremely intricate and differentiated movements and sensations.  Therefore, the brain recognizes this as “important” and devotes a large area to sensing and controlling it.

By contrast, the brain devotes little space to mapping areas of the body that do not have much movement or sensation capability, such as the midline stabilizers of the spine.

Why Cortical Maps Are Essential

Because the brain uses the map to make decisions about how to move, it is obvious that the better and more detailed the map, the better and more precise the movement. By contrast, if the map is ambiguous or indistinct, navigation of the different movement possibilities will be uncoordinated.

Another indication that the maps are essential for coordination is that they actually grow bigger when placed under demand. Our brains are neuroplastic and adapt to the activities that we do or don’t do on a regular basis. For example, the part of a musician’s brain that senses and controls the fingers is actually observably larger because they use their hands frequently to produce movement.

Accurate maps produce better motor output. Consequentially, the better we move, the better we feel. When a joint and associated muscle are not moved, the brain does not sense it as “important” and the cortical map becomes more and more indistinct at that region due to lack of movement. This is an example of the “Use It or Lose It” phenomenon of neuroplasticity.

Sensory motor mismatch is a conflict in the information represented by the brain maps. Inaccuracies in the body maps of the sensory and motor cortices can be a significant contributing factor in many chronic pain conditions. Improving proprioception in these areas improves motor output, and contributes to the reduction of symptoms associated with chronic pain.

Advanced sensory motor mismatch can lead to sensory motor amnesia, meaning that the patient begins to neglect that body part and “unlearns” motor patterns. Maps are built by movement. Lack of movement will lead to pain and cortical misrepresentation. This is why structural and dynamic posture rehabilitation is fundamental for healing and human performance (Hargrove, 2008).

Posture rehabilitation in addition to passive joint manipulation is an effective strategy for improving proprioception. Changes in posture affect proprioception, and changes of proprioception affect structural and dynamic postures.

Allum et al. (1998) concluded that postural and gait movements are centrally organized by hip and trunk proprioceptive input and from vestibular inputs. This pattern specifies which muscles are primarily activated. The vestibular system is involved in the shaping of centrally set activation patterns on the basis of multi-sensorial afferent input.  This includes proprioceptive input from all body segments and vestibular sensors, in order for movements that can adapt to different task conditions and keep the body upright against gravity in a coordinated manner (Allum et al., 1998). 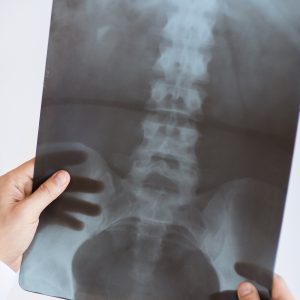 Research reveals that axial proprioceptors from the hips interact with feet proprioceptors for postural stabilization. In a research study performed by Brumagne et al (2004), center of pressure displacement was recorded using a force plate. Persons with spinal pain were more sensitive to triceps surae vibration and less sensitive to paraspinal vibration than persons without spinal pain. Elderly persons were more sensitive to tibialis anterior vibration than young healthy persons.

These results suggested that patients presenting with spinal pain and aging may lead to changes in postural control by refocusing proprioceptive sensitivity from the trunk to the ankles (Brumagne et al., 2004). This is an important consideration when planning your rehabilitation programs.

A study by Wong et al. (2011) showed that the proprioceptive acuity improved motor learning. The findings support the idea that sensory changes occur in parallel with changes to motor commands during motor learning. Meaning, that the brain uses sensory information to accurately produce motor commands. With better proprioceptive signals to the sensory cortex, the motor cortex controls precise motor output and dynamic posture.

Proprioception training improves the joint position sense in elite athletes, and showing the effect of neuromuscular training in reducing injury rates of athletes (Panics et al., 2008). Research shows that the proprioception sensory function of players in the intervention team who performed proprioceptive training significantly improved between the assessments made at the start and the end of the season. Injury prevention is a fundamental aspect of training protocols for athletes to improve their longevity.

Not only does proprioception training help athletes prevent injury, but it also helps patients recover quicker from injuries and pathologic conditions. Proprioception has a crucial role in promoting or hindering motor learning. In particular, an intact position sense strongly correlates with the chances of recovery after stroke and other pathological conditions. Enhanced kinesthetic acuity with proprioceptive training improves recovery time post-injury (De Santis et al., 2015). 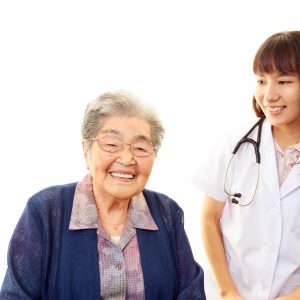 Research was conducted to assess the effect of a proprioceptive dynamic posture-training program on balance in osteoporotic women with kyphotic posture. The subjects who had abnormal balance and used the proprioceptive dynamic posture-training program had the most significant improvement in balance (Sinaki, et al., 2002). Given that impaired balance is associated with an increased propensity to falls, improvements in balance may reduce that risk.

The flexed posturing that often develops in elderly persons may place their center of gravity closer to their limit of stability. Balance, gait, and risk of falls among the elderly improves significantly with proprioception training programs (Sinaki et al., 2005).

1) Balance Training: Performing balance training simultaneously improves proprioception and the vestibular system, which sense postural position in motion. You can begin doing balance training with your patients by doing One-Leg Balance exercises, and by having them walk on a balance beam or a straight line that is about the width of a beam. This helps them develop accuracy of movement while stabilizing the body upright.

2) Balance Training with Eyes Closed: As your patients develop postural fitness allowing them to balance upright against gravity on one-leg or while walking on a beam, have them start doing exercises with their eyes closed. Have them do one-leg balance with their eyes closed. Instead of having them walk on a balance beam with their eyes closed, have them walk in a straight line for 10 paces, then turn around and walk back to their starting area. Test their ability to walk straight without veering too far off course. Please note, when performing any balance activities, especially with the eyes closed, make sure the patient is capable of performing these exercises and will not hurt themselves, also make sure that the path to walk is clear of objects that they may run into.

3) Complex Multi-planar Movements: The brain craves complexity. To develop cortical representation within the sensory and motor maps, patients should perform complex movements within the areas of the body that are lacking proprioception. Complex movements cover multiple planes. When performing uni-planar motions that are repetitive, the brain stops paying attention because it is too easy. It is more meaningful for cortical input and output when the joints and muscles move with complexity across multiple planes.

Hargrove, T. (2008) How to Improve Proprioception. Retrieved from: bettermovement.org.